12 or 20 questions: with Stephen Collis 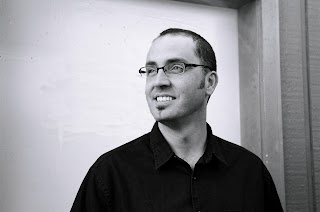 Poet and critic Stephen Collis is the author of three books of poetry, Mine (New Star 2001) and Anarchive (New Star 2005), which was nominated for the Dorothy Livesay Poetry Prize, and the forthcoming The Commons (Talonbooks 2008). He has also published numerous chapbooks, including The Birth of Blue (1997), Anima/lung (1998) and Blackberries (2005). His essays on contemporary poetry and poetics have appeared in many Canadian and American journals, he has edited Companions & Horizons: An Anthology of Simon Fraser University Poetry (WCL 2005), and he is the author of two book-length studies, Phyllis Webb and the Common Good (Talonbooks 2007) and Through Words of Others: Susan Howe and Anarcho-Scholasticism (ELS Editions 2006). A member of the Kootenay School of Writing collective, he teaches American literature, poetry, and creative writing at Simon Fraser University.

I self-published several chapbooks before my first perfect-bound book with a “real” press (i.e., someone other than me wanted to see it in print). Before that first “real” book I didn’t tend to start thinking about my next project until the one I was working on was done. Since Mine, however, I’ve begun thinking/planning long-term—to think about what the next two, three, or even four books might be, and how they would fit into an evolving “project.” So getting a book published gave me some sort of confidence or permission—that I might have a “future” in this, that if I can do one book, I can do more, and this broader canvas, imagining the interplay between discrete works, was really exciting. It quickly became clear to me that what I wanted to do in writing couldn’t be contained by one book. But getting that one book out was the first step in realizing this.

I’ve lived in Vancouver for 10 years, but I grew up close by, on Vancouver Island. The west coast—the ocean, forest, small islands—is always there somewhere. I wrote a long poem called “Blackberries” that, despite taking most of its material from the writings of Henry Thoreau, is incredibly site-specific and wouldn’t have been written had I not constantly been surrounded by west coast blackberry brambles. But my work is largely historically based, so it takes on the geographies of the histories it investigates. Vancouver’s cultural geography matters a great deal to me—that the city has been a crossroads for avant-garde poetries—TISH, the 1963 poetry conference, KSW and the 1985 new poetics colloquium. To write in a ground seeded by poets from Phyllis Webb to Jeff Derksen. I’m very aware of that sense of geography.

I always work on books or series of books. The book is the main unit I think in terms of—my unit of composition. At the same time I do write short, occasional lyrics, and I publish a few of these in journals, but whenever I’ve tried to group them as a possible book it’s been entirely unsatisfactory. I just don’t work that way. I have to have the concept for the book to work towards, to think through. Writing in general usually begins with the making of collages—word assemblages that come out of the research I’m doing for the book in question. These often don’t make it into the book, but at some point the playing around with my research stops, and something else takes over, as I find my way into the language I want to use—or be used by.

Readings are important to me in that I value getting a sense of how my work is going over—what people are and aren’t responding to. And I want to do a good job—to give people an experience of what the work is, where it’s tending.

My theoretical concerns revolve around a series of political questions: what is the self’s relationship to others? How is language a part of this articulation or interface of the social? What resources remain—in language—from the history of liberation movements and class struggles? In what sense are we able to act—socially—in language? We are living in fraught, dangerous times. Much that has been won, historically, is being rolled back by aggressive powers. So I’m interested in the tradition of protest poetry, and I want the old Situationist adage—that poetry is the revolutionary act par excellence—to be true, but I fear it is not, that that’s just as naïve as it sounds, so I test it again and again. I’m trying on a poetry of revolution, seeing what it might do, how far it can be pushed, both into the past and, from there, into as yet unrealized futures. Fundamentally I’m interested in the other and the future, and I think these things are at the heart of language, and revealed in poetry.

An editor’s contribution can be a real gift—to have someone read your work thoughtfully and deeply—to read it with so much care that they can tell you something about it you haven’t seen yourself. But it’s rare. I’ve been lucky enough to have that once or twice—but it is rare.

I can’t remember my last pear, but I had an Okanagan peach not too long ago. A peach seems more poetic.

Go west young man. I think someone told my mother that. Or my grandmother.

Sometimes the different genres I write in get in the way of each other. Usually it’s poetry trying to take over whatever else I might be working on. Criticism can be a pain in the ass to write—but there is an appeal: writing prose uses different mental muscles. My poetry doesn’t use the sentence much—the word, the phrase, the line is the basis—but not the sentence. So I can get quite excited about, and enamoured with, sentences when I switch to prose. But soon enough I abandon punctuation and grammar again.

I read, then I write. The earlier I start in the day the better. Somewhere in there I’ll walk and think.

I read or I walk. Sometimes—if I’m writing poetry—just picking up any book, more or less at random, and reading a few lines is enough.

I’ll call the forthcoming The Commons my “most recent,” and Anarchive my “previous.” They are both part of an on-going sequence of books (see #5 above) I call “The Barricades Project.” So in some ways I see them as parts of the same long poem—it’s just a very discontinuous long poem. Segments entitled “Dear Common” recur in both books. But the books have a different feel or tone. Anarchive was more aggressive, vocal, declamatory. The apostrophe and the public address were at its core. The Commons is a little quieter, meditative, pastoral. I suppose it’s probably the denser, more difficult book. But they are movements in the same structure. The whole thing is questioning where the relationship between part and whole resides—socially, linguistically—in terms of the poem, the serial, the book, the oeuvre.

I agree with McFadden. Though sometimes it’s painting or music that I’m responding to. Actually, painting often plays a large role in my work.

Phyllis Webb and Susan Howe—obviously, I’ve written books on them. Especially Phyllis’s Naked Poems and her incomplete “Kropotkin Poems.” Robert Duncan has been crucial and formative—at the level of poetics, the long poem, the serial. Amongst my contemporaries Melissa Wolsak and Roger Farr have, for different reasons, been very important—as friends, and for their work.

There’s always so much—I guess right now I’d say make a film. I probably won’t ever do that—but the idea is cool.

See the previous question! But I don’t think there was much choice—I’ve always had to write. Maybe I’d like to have been a painter, or a film maker. Or a better activist and revolutionary!

This is getting harder. The muse, she is coy. If you see her say hello.

Roberto Bolano’s The Savage Detectives. It was both infuriating and brilliant. For film, maybe the BBC documentary The Century of the Self.

I’m spending a year mostly reading, recharging, and re-educating myself. Really, it’s gearing up for the next part of “The Barricades Project,” which will be called The Red Album. There’s a book of prose cooking too, but I won’t say anything about that yet.