12 or 20 questions: with Elizabeth Hay 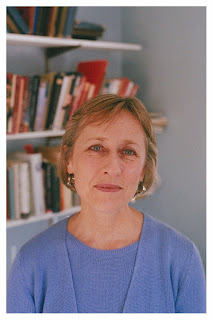 Elizabeth Hay's fiction includes Garbo Laughs (2003), finalist for the Governor General's Award and winner of the Ottawa Book Award; A Student of Weather (2000), a finalist for the Giller Prize; and the short story collection Small Change (1997), also a nominee for a Governor General's Award. She has written two books of creative non-fiction, The Only Snow in Havana (1992) and Captivity Tales: Canadians in New York (1993), and one other story collection, Crossing the Snow Line (1989). Her most recent novel is Late Nights on Air (2007). In 2002 she received the Marian Engel Award.

Elizabeth Hay grew up in small-town Ontario, attended the University of Toronto, and then travelled west to British Columbia, and, a year later, north to Yellowknife. There she began to work for CBC Radio. For the next ten years she worked as a broadcast journalist, moving from Yellowknife to Winnipeg and then to Toronto. In 1984 she travelled to Mexico and stayed. Two years later she moved to New York City. In 1992, riven with homesickness, she returned to Canada, settling in Ottawa with her husband and two children. She has lived in Ottawa ever since.

I was living in New York City, and shortly before Crossing the Snow Line came out from Black Moss Press, the poet Fred Wah happened to visit me and he warned me not to expect much and he was right. It was a useful warning.

Having my first book come out changed very little. That was 1989.

I've lived in Ottawa since the summer of 1992 and the city has played a role, sometimes large, sometimes very small, in every book I've written here. Place matters to me -- the look of the streets I walk down, the weather, the sense of the past, the encroachment of the future. I have almost no sense of direction, except an unfailing sense of homesickness when I'm away, and a need for northern light, air, contours, vegetation, seasons. In my late twenties and early thirties, as the feminist I remain, I wasn't very open to male writing. That changed. I learn as much from men as from women.

I tend to know at the start whether the material I'm working with will be a short story or a novel. A story will have fewer starting points and will arise more directly from a worry. A novel will come from some broader thing -- an interest in a period of time, a theme I want to explore, like shyness or anger, or a challenge I've set myself, like writing in the third person or from a male point of view. With a novel nothing really gets moving until the characters begin to form. Sometimes, and this doesn't happen enough, an image will direct and clarify my thoughts as it did with the story "Hand Games."

Public readings take a toll. I enjoy reading to an audience, but I lose sleep beforehand and afterwards. Being interviewed is much worse.

My novels owe a tremendous amount to rigorous editing by Ellen Seligman at McClelland & Stewart. It's hard for me to sustain a narrative for hundreds of pages. She asks questions, finds weaknesses, demands depth. There are a million things to think about when you write a novel. I only ever think of 500,000. She thinks of the rest.

No easier. I must have more confidence now. But confidence comes and goes.

I ate a pear this morning and it wasn't quite ripe. I love pears. They don't hurt my teeth the way tart apples do, though I love tart apples. The last time I read about pears, I was in England admiring the tawny yellow tones of stone houses in Dorset. Sylvia Townsend Warner wrote that those houses are the colour of a sun-ripened pear. As a fruit, pears are a little more Quakerly than plums. Plums are hot.

V.S. Pritchett said, "When in doubt, increase the difficulty." I think he was writing about Turgenev and making the observation that Turgenev's writing truly caught fire when he challenged himself.

9 - What kind of writing routine do you tend to keep, or do you even have one? How does a typical day (for you) begin?

I like to be at my desk before anybody else is up, and I almost always manage that. No set routine. It depends on whether or not I've slept. Coffee. Meusli pita. It's the best time of the day for me. I spend the morning there, barring obligations that take me away. Often I go to a midday exercise class at Carleton U. More reading and rumination in the afternoon, again barring other commitments. The mystery is why I don't produce more given my recent luxurious hours.

10 - When your writing gets stalled, where do you turn or return for (for lack of a better word) inspiration?

Reading releases the flow of writing. I pick up a book, frequently poetry, and read for a while.

11 - How does your most recent book compare to your previous work? How does it feel different?

You ask too many questions.

13 - What would you like to do that you haven't yet done?

I would like to be a good dancer. I have more books I want to write and places in the Ottawa Valley and in Scotland that I want to visit. It would seem I want the time to write, above all.

14 - If you could pick any other occupation to attempt, what would it be? Or, alternately, what do you think you would have ended up doing had you not been a writer?

15 - What made you write, as opposed to doing something else?

An exercise in English class tricked me into writing a poem. I was fifteen.

Don DeLillo's Falling Man was the last great book. I read it last week. A month ago I watched The Godfather again with my son.

17 - What are you currently working on?

Some stories, and in the back of my mind another novel.