12 or 20 questions: with Kristjana Gunnars 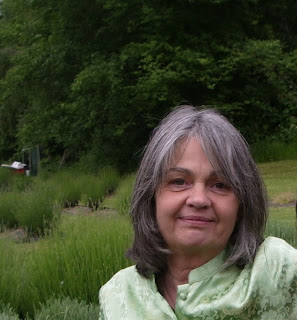 Biographies of writers are not as interesting as their books. We get too involved in personality cults already, when I think we might do well to focus elsewhere. The problem is that the personality gets in the way. But I can tell you this: I came into writing through the good graces of certain Canadian big-league writers like Eli Mandel and some high-intensity teachers like the late Eugene Dawson. Among my books are five cross-genre fiction/poetry/essays from Red Deer Press, starting with The Prowler and ending with Night Train to Nykobing. My last book was a collection of essays culled from many years of teaching writing, from Wilfrid Laurier University Press, called Stranger at the Door. Now I have turned to painting, and have some paintings and photographs in galleries in B.C. and in private collections in Canada and Europe. Otherwise, officially speaking, I am Professor Emeritus of English at the University of Alberta.

Life is always changing. I don’t actually think writing a book and publishing it is any more special than anything else we might do well which could give us confidence—like looking after a child or organizing a conference or growing a nice garden. Becoming an author does not necessarily mean we have gone into a beatific zone which makes us special etc. Your first book might make you feel that way to begin with, but that is sure to fade. With my first book I was mostly glad I saw the project through.

2- How does geography impact on your writing?

Sometimes place is everything. For me writing is about picking up all the little things that are actually around you and seeing them—describing them—as if for the first time. I don’t like living in an ethereal world of some sort, a bubble or a fantasy. I am more interested in what’s out there. I’d like to follow a phenomenon to its roots, wherever that is.

3 - Does race or gender make any impact on your work?

Not really. But readers are more often than not looking for such issues, so they make me go back and look for it myself, in my own work. Clearly, one writes from some position or other, necessarily. But whatever it is you’re coming from, it’s not a crime….You can’t help where you’re coming from, what you are in terms of race or gender or ability or orientation and such. Nor is it a great idea to be constantly analyzing one’s own position. It’s impossible to master all the nuances of things like that: it’s better just to be honest and accepting of your place in the world. Let the readers deal with their own problems or not-problems.

4 - Where does a poem or a piece of fiction usually begin for you?

I usually say to writers: begin from where you are. Where you are is interesting. This moment; the way the light is, the smell of the air, the temperature, what someone is saying, what object or nature is in front of you….

5 - Are you working on a “book” from the very beginning?

Life is a book. I think everything written combines into one big book. But you can’t see the whole thing at any one moment—you only see it in parts and fragments. Someday when you’re really old you’ll be able to see the book in its entirety.

6 - Are public readings part of the creative process?

No. They can be lots of fun and interesting and you meet great people. But they’re time consuming and you need time and space to write. Doing readings is one way for writers to stay in touch with their audience, and also to exchange ideas on writing and the arts with other writers and artists. There isn’t really any way to measure that sort of input, but of course everything you do and experience as a writer is enriching for your work. At some point or other, everything can get used….

7 - Do you find working with an editor difficult?

No. I rely on a good editor. I wish I had more of them. They can really save your skin and preempt a lot of needless pain down the road. Once your mistakes have been published, it’s hard to take them back!

8 - Is writing books harder as you go on, or easier?

Lots of things about writing and publishing books are harder as you go on. It’s harder to go out and shake everybody’s hand and give little talks and such because one is older and these affairs take more out of one. But writing itself gets easier: because on the same coin, but on the other side of it, you get older and you care much less about what people will think of what you are writing. You develop a distance with experience and age you couldn’t possibly have before. Not that you don’t care about the readers, quite the contrary, but there is after a few decades very little you can do about anything and you know it now while you didn’t know it when you were starting out….

That reminds me of St. Augustine who ate a pear (or an apple) and remembered it for the rest of his life because he stole the fruit and it was a sin. I always paid for my pears and apples. There’s always the story of the apple on the tree of knowledge, and who doesn’t remember that that one was eaten. People also often say to you life is not a bowl of cherries, so eating cherries is somehow suspect too. It’s odd how fruit is frequently connected to sin and crime in our culture. Fruit is pleasurable and sweet, so it must be bad. But I think pleasure is pleasant, so I don’t actually remember the last pear….

10 - What is the best piece of advice you’re heard?

So much good advice, so little time. The best one for me right now is from the Tao Te Ching: “The Way does nothing, yet everything gets done.” That translates to: calm down, cool off, relax. Everything will come around in due course. It’s better to be laid back than to be driven, and writing (since that’s our topic) can become a driving addiction too. Can’t it?

11 - How easy has it been for you to move between genres?

I never thought in terms of genres, so I’ve been very slow to conform to them. I don’t think I’ve behaved well in the genre business. Genres are a little like role-playing in life, so you can call yourself a “poet” or a “novelist” or an “essayist” and so forth, but I have invariably written in all formats at once. There are some books of poetry that appear to be poetry—they look like poetry, with line breaks and stanzas etc.—but in fact, there may not be any more of a poetic impulse there than in my so-called books of “fiction.” I’m not trying to prove anything by this kind of writing, nor to be critical of genres as such. I love a good novel and I want straight fiction sometimes, and poetry needs to be poetic sometimes too. But again, we are the way we are, and it’s the way our voices are made. Better just enjoy it than worry about it.

12 - When your writing gets stalled, where do you turn for inspiration?

I believe writing stalls when writing should stop for a while. Your being lets you know when enough is enough. You don’t have to beat yourself up just because your words are not flowing like they did last month or last year. There’s lots to do in this world, and it’s odd how writers tend to forget that. Sometimes writing is so absorbing that you actually think you couldn’t carry on if you couldn’t write, and there is nothing other than writing. Everything for writing. I have been painting. It’s a fantastic change because for one thing, it’s very physical work.

13 - Do books come from books or somewhere else?

Books have come from books for me in a big way. You begin reading and pretty soon you’re in a vortex of literature, one book leading to another forever. But writing in general is probably more often than not coming from a place outside of books—a place where there is a “still small voice” nagging to speak. It could be something political, or an experience that needs to be sorted out, or a broken heart, or just plain an encounter with beauty, that sets writing off.

14 - What would you like to do that you haven’t yet done?

Too many things to mention. Live in a tree house on Bali. Spend a year on a houseboat. Do a walking tour in Scotland. Go pearl diving….

15 - If you could pick any other occupation, what would it be?

I would be a painter. It’s what I’m doing now, a kind of second career.

16 - What made you write, as opposed to doing something else (that other thing)?

Writing is something you can do when you’re not rich, you don’t have space for equipment, you need to look after house and child, you’re on the run. Writing is something you can take with you, anywhere, everywhere. It used to cost very little to get a notebook and a pen. Now of course everyone needs a computer and it’s all very pricy, but you don’t need any of that to write. Just yourself. So it was natural. Other art forms can be very aggressive and pushy and require lots of “stuff.” That, and also, I think if you’re a writer, you’ve probably always been a writer. You were probably born that way….

17 -What was the last great book you read?

I was reading Orhan Pamuk’s Snow. Jose Saramago’s All the Names. There are so many great books—thankfully! They influence your writing too, which is all right. If you’re impacted by a work you’ve read, then the highest compliment you can pay it is to let it speak through you as well….

18 - How do writing and painting interact for you?

So much of the theoretical thinking in the visual and literary arts overlap. I find painting a canvas to be very similar to composing a poem: there is mood, tone, visual language, aura….

I’ve been working on paintings, being influenced. As for writing, I’m always writing something, and I never know what it will be until I’m done. But here’s a paragraph from it:

I wanted to tell a story. In life there are so many stories competing for attention. It is hard to know which story is the one to pick. Which story to emphasize. They all seem equally important. What should the story illustrate? What does it illustrate? Does the story show how time passes uncontrollably? Every breath we take is the last of its kind? Everything we see is that way exactly for the last time?