12 or 20 questions: with Matthew Zapruder 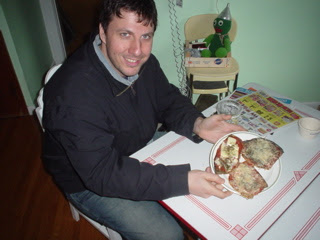 Matthew Zapruder is the author of two collections of poetry: American Linden and The Pajamaist (Copper Canyon, 2006), selected by Tony Hoagland as the winner of the William Carlos Williams Award from the Poetry Society of America. He is also co-translator of Secret Weapon, the final collection by the late Romanian poet Eugen Jebeleanu (Coffee House Press, 2007). His poems, essays and translations have appeared in many publications, including The Boston Review, Fence, Alaska Quarterly Review, Open City, Bomb, Harvard Review, Paris Review, The New Yorker and The New Republic. He teaches poetry as a member of the permanent faculty of the Juniper Summer Writing Institute at the University of Massachusetts in Amherst, and in the MFA Program in Creative Writing at the New School, and works as an Editor for Wave Books. In Fall 2007 he was a Lannan Literary Fellow in Marfa, Texas. He lives in New York City.