12 or 20 questions: with Sean Johnston 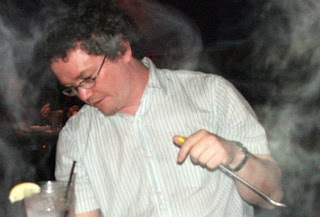 20 - What are you currently working on?
I recently finished an introduction for an enthralling book by Robert Kroetsch and John Lent. The book is called Abundance and it’s and entertaining and enlightening kind of guide book for writers that takes the form of a five-day conversation. It’s a really marvelous and instructive book and working on the introduction, and rereading some of Lent’s books and Kroetsch’s books really energized me to get back to work on my main projects: I am working on a novel called Listen All You Bullets, revising and editing a short story ms. called What About How Blue the Sky Is? and a group of poems without a particular book in mind.
12 or 20 questions archive
Posted by rob mclennan at 11:49 AM