12 or 20 questions: with Janet Holmes 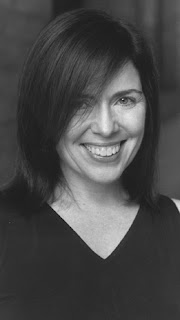 Janet Holmes is the author of four books of poetry, F2F, Humanophone, The Green Tuxedo (all published by U of Notre Dame Press), and The Physicist at the Mall (Anhinga Press). She has received the Anhinga Prize, the Ernest Sandeen Prize, the Minnesota Book Award, and grants from the Bush Foundation, the McKnight Foundation, and Minnesota State Arts Board. Her poems have twice been included in the Best American Poetry volumes. Since 2000, she has been editor of Ahsahta Press, an all-poetry press at Boise State University, where she is a professor in the Master of Fine Arts program in creative writing. She lives in Boise with her husband, poet and novelist Alvin Greenberg.

I was working at a financial printing corporation in St. Paul, Minnesota, in 1993, eight years after getting my MFA, in a job that required a lot of travel. I’d just been told by one of the vice-presidents that they wanted to move me into “client development,” which they thought of as a desirable promotion but that I knew was going to require a sacrifice of my writing time, which the corporation tended to view as recreational or frivolous. When I learned that Joy Harjo had selected The Physicist at the Mall for publication through the Anhinga prize, I realized that with the book and my MFA, I could begin to look for teaching jobs that would let me focus more on my writing; the nice thing about academe is that you’re supposed to publish. I had no network, so spent the next two years doing adjunct teaching to increase my classroom experience for my resume. In 1998, the year before my husband retired from his teaching job at Macalester College, I went on the job market and was hired at Boise State University as the first poet in their new MFA program. By that time I had a second book, but without the first one I don’t think I’d have had the impetus to plan a strategy to enter the academic job market.

I’m beginning my ninth year in Boise. I don’t believe I’ve lived in any one place long enough for geography to make much of an impact on my work, though I certainly am aware of my whereabouts and reflect them to some extent in my poems. I’ve lived in or around Chicago, Ft. Lauderdale, Durham (NC), New York City, Charlottesville (VA), Santa Fe (NM), St. Paul, and now Boise—all distinctive landscapes, but none with a particular claim on me. Of the places that have ended up in my work, the New Mexico landscape and the north shore of Lake Superior have made the most inroads into my poems.

The fact that I’m a white woman certainly has an impact on my work, as does the fact of being working class and (in terms of American poetry) unpedigreed: no Iowa or Harvard or Brown or Buffalo in my background, no mentors, and no champions. Still, I’m privileged culturally. In my poetry there is nearly always a feminist perspective, but class and being an outsider also play roles.

3 - Where does a poem usually begin for you? Are you an author of short pieces that end up combining into a larger project, or are you working on a “book” from the very beginning?

There’s no single place. I do tend to work on a “project,” though not necessarily book-length, because it helps me think as I work. F2F and my current book, The ms of my kin, started as projects; Humanophone didn’t start out that way but became one. Half of The Green Tuxedo is a project. I think that “project” is another way of saying “obsession.”

Readings themselves don’t have anything to do with my process, but the traveling and meeting people that accompany the events do. Readings are their own thing—like theatrical events. I try to present my work so that people can see where it came from.

I’m concerned with the current insistence that poetry be entertainment that’s so prevalent in the U.S. It seems some right-wingers in the poetry establishment here felt we poets weren’t getting our fair market share of the readers’ book-buying dollars, so we needed to lighten up, point and laugh, show that we too think intellectuals are ridiculous—and they’ve virtually hustled contrary aesthetics to the margins. I look at my own writing as trying to create works of art, pathetically unironic as that statement may seem. I prefer to think of art as a medium that (in the words of Harry Partch) “instills ferment” into the current culture: that raises new questions instead of answering old ones. I never really believe the answers people try to give me anyway.

I’ve never really worked with an editor. I have friends who help me when I’m stuck, and I suppose I find that essential—but again, I’ve never not had friends around to do that. Could I write otherwise? Good question. I think it would be lovely to work with an editor sometime. I certainly enjoy filling that role myself.

The one thing that’s easier is believing I can do it, that I can complete it. The rest is pretty much the same as the first time, since I’m not trying to do the same thing over again. That is, it’s still a difficult if exciting discovery process.
8 - When was the last time you ate a pear?

September, at the Farmer’s Market.

9 - What is the best piece of advice you’ve heard (not necessarily given to you directly)?

“All judgment is subjective.” As in, don’t get too torqued up about rejections.

10 - How easy has it been for you to move between writing and editing/publishing? What do you see as the appeal?

If you mean psychologically, it’s easy enough. The appeal is that you can champion work you are inspired by, that you believe the world needs to see. On the other hand, there are people who know me as an editor who couldn’t care less whether I write poetry. I find that myopia pitiable.

My routine is better in summers than when school is in session. Basically, during summers I can write four to six hours a day, and do. During the school year I’m lucky to catch that much time per week. I don’t have a talismanic set of behaviors, though. “Make writing a priority” is the best phrasing for my process that I’ve heard, but I also don’t feel I can do that at the expense of my obligations to others.

Classics of poetry, ones I haven’t read in a long time.

My latest, The ms of my kin, is a book of erasures based upon Emily Dickinson’s work from 1861 and 1862, when the Civil War was at its start. I’ve made it into poems about the start of the Iraq war—really the only way I could get my head around writing about this tragedy. It’s completely different from my other books because I am entirely given over to Dickinson’s vocabulary, restricted in a great variety of ways. I haven’t yet sent it to my publisher; I’m afraid they’ll say, “this is the end of the line for you!”

My book Humanophone was closely tied to music, through the work of composers who invented their own instruments (Harry Partch, Raymond Scott, George Ives (father of Charles)). Science and visual art are terribly important to me, but I think their influence is much more subtle. I don’t really think that being influenced by other arts means that you write about them.

Make a great painting. Become a gourmet chef. Learn to live on 3 hours of sleep per night.

I’d have gone into some kind of scientific field—physics or biology, I think.

I wrote & I did lots of other things, too (painting, business). I just happened to be better at writing.

In poetry, I think Erin Moure’s body of work qualifies as great. For film? I loved The Lives of Others—but I also found myself thinking about Michael Clayton quite a bit.