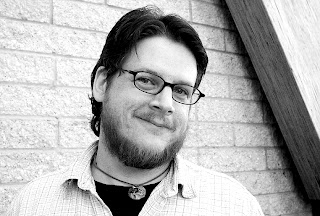 Rob Budde teaches Creative Writing and Postcolonial Literature at the University of Northern BC and has taught previously at the University of Winnipeg and the University of Manitoba. He has published five books (two poetry—Catch as Catch and traffick, two novels—Misshapen and The Dying Poem, and, most recently, short fiction--Flicker). In 2002, Rob facilitated a collection of interviews (In Muddy Water: Conversations with 11 Poets). He has been a finalist for the John Hirsch Award for Most Promising Manitoba Writer and the McNally-Robinson Manitoba Book of the Year. In 1995, Budde completed a PhD in Creative Writing at the University of Calgary. Coming out in November 2007 is a book of poetry titled Finding Ft. George, a collection of poems about Rob’s growing relationship with Prince George and Northern BC. He is currently working on a science fiction novel called The Overcode and a book of experimental poetry called declining america. Rob lives in Prince George with his partner, Debbie Keahey and four children: Robin, Erin, Quinlan, and Anya. Check out his online literary journal called stonestone (http://stonestone.unbc.ca/) and his poetry blog writingwaynorth (http://writingwaynorth.blogspot.com/).

It didn’t really. The process of writing the book was important; it taught me all kinds of things about genre (and its artificiality) and composition, novel and long poem. Made me eligible for more grants. Ha. I also knew I was going to write many more so it was a brief experience before I got involved in the next. I wrote the book for Dennis Cooley, Robert Kroetsch, David Arnason, and Dawne McCance. I still write my books for them, but also others now. I do remember the shock of misrecognition when the book appeared in hand; it was something else now, oblique, suspicious, a bit like a picture of something intimate that doesn’t look right. Neil Besner edited that book and he remains a dear friend. If anyone gets a chance, go see him at the University of Winnipeg and ask him to sing you a song with his tremulous alto.

It has been six years now. Physical geography, landscape, etc, hasn’t particularly affected my writing. I am not a big believer in environmental determinism. Yes, certain aspects have entered the content; there are distinctive markers of the place—names, streets, plants, geology, etc. George Stanley (and Greg Lainsbury after him) make the case that the main commonality of this community of poets is a resistance to the hegemonic south. The writing context, the other writers here, and the political environment has certainly changed my writing. The mentorship of Ken Belford and Barry McKinnon has certainly matured my writing in a certain direction, a direction that seemed meant to be. Probably the one component of a poetics that I have gained from these writers is a sense of compositional entropy—the ability to let the poem arrive without a controlling or pre-existing form or end in mind.

Race and gender enters my writing in its exploration of power dynamics, the unsettling of status quo language formations, and examinations of the identity of the privileged class, which includes/implicates me, maleness, the university . . . It’s an area of thought that is both crucial to what I do and an area of thought that I feel I must tread lightly; it is easy for privilege to foreclose on the real work being done in the search for social justice.

3 - Where does a poem/piece of fiction usually begin for you? Are you an author of short pieces that end up combining into a larger project, or are you working on a "book" from the very beginning?

Usually, a piece of writing begins in a book I am reading. Texts begin as notes, then longhand, then at some point (when I have more time) it gets edited into a Word file, then these pile up, then the shape of a book emerges and it becomes a folder. I have had many starts that have never gone beyond a ten page foray.

They are places where I rediscover pieces. Often readings are launches of books of writing that are a year or more old so reading them is a reminiscence of a previous encounter with the sounds and patterns of the piece. A reading is also usually populated by other writers so it is a opportunity to network and talk poetics, something I am addicted to. I teach a lot and read a lot in those classes. It is a chance for the ear and tongue to know ideas parallel to the eyes knowing.

Half an hour ago. BC Bartlett. Sah-weet.

Ken Belford told me to think of writing as an athletic endeavor—to eat well and exercise so I can write better. The body is not disconnected from the brain—it is all one.

9 - How easy has it been for you to move between genres (poetry to fiction to academic work)? What do you see as the appeal?

It is all poetry really. They aren’t that separable for me; they speak to each other so often and in so many ways. I am not really into thinking about genre at all.

No routine really. I have 4 kids and teach and do lots of organizing of various disruptive kinds. I write notes in small moments: between meetings, during meetings, on the bus, on airplanes, on the bedside table, etc. I tend to do more concentrated editing work late late at night, say midnight to 3:00 am.

Never been stalled really. Don’t believe in writers block. Tell my creative writing students it doesn’t exist so it’s not an excuse for late portfolios.

Finding Ft. George (Caitlin 2007) is my first BC book. It is entirely written in and about Northern BC.

Not a lot but sometimes science/technology essays, Lacan, The Weakerthans, Monk, films, politics, world events. Most of my writing comes from other books though.

14 - What would you like to do that you haven't yet done?

I would like to write a rock song, make an indie film, and run for political office.

From last question, a politician but, alternately, I’d like to open a little cafe/bookstore/restaurant and cook good food (local sources) for people and host readings and talk about books in comfy chairs with challenging art on the walls and spices wafting about. One of things I derive the most joy from is serving people food.

I almost became a high school teacher but realized, at the last moment, that I really wanted the time to think and read and think. High school teachers don’t have that. I’d be brunt out by now. (We need to support those teachers more btw)

A cyberpunk novel called Overcode, a novel about fascism and jails called A Long Way Off, and editing a book of long poems called declining america.
12 or 20 questions archive
Posted by rob mclennan at 3:43 PM