12 or 20 questions: with Nathalie Stephens 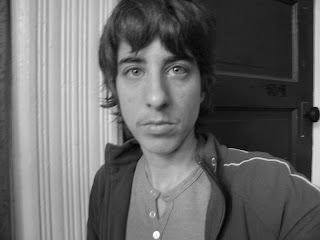 Nathalie Stephens (Nathanaël) writes l’entre-genre in English and French. She is the author of a dozen books including, The Sorrow And The Fast Of It (Nightboat (US), 2007), its French counterpart, …s’arrête? Je (L’Hexagone, 2007), Touch to Affliction (Coach House, 2006), Je Nathanaël (l’Hexagone, 2003) and L'Injure (l'Hexagone, 2004), a finalist for the 2005 Prix Alain-Grandbois and Prix Trillium. Je Nathanaël exists in English self-translation with BookThug (2006). Other work exists in Basque and Slovene with book-length translations in Bulgarian (Paradox, 2007). With Nota bene (Montréal, 2007), there is an essay of correspondence entitled L’absence au lieu (Claude Cahun et le livre inouvert), the self-translation of which is forthcoming with Nightboat (US): Absence Where As (Claude Cahun and the Unopened Book). Stephens has guest lectured and performed her work internationally, notably in Sofia, Barcelona, Ljubljana, New York and Norwich. The recipient of a Chalmers Arts Fellowship and a British Centre for Literary Translation Residential Bursary, she was the keynote speaker at the 2006 edition of the University of Alberta's Annual Translation Conference. Stephens has translated Catherine Mavrikakis and François Turcot into English and Bhanu Kapil, Gail Scott and Andrew Zawacki into French, with a translation of work by Hélène Cixous forthcoming. Stephens presently teaches at the School of the Art Institute of Chicago.