12 or 20 questions: with Anne Simpson 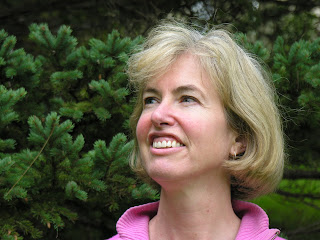 Anne Simpson's most recent poetry book, Quick, was published in spring, 2007. She has published two other books of poetry, Loop (2003), which won the Griffin Poetry Prize, and Light Falls Through You (2000). Her first novel, Canterbury Beach will soon be followed by a second, Falling, due out in 2008. She is currently working on a book of essays, drawings, and poems. She lives in Antigonish, Nova Scotia, where she works part-time at St. Francis Xavier University.