12 or 20 questions: with Elise Levine 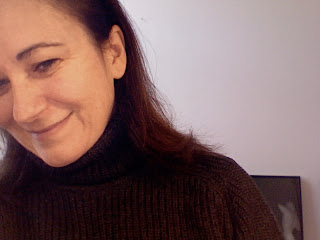 Elise Levine’s novel Requests and Dedications was published in 2003 by McClelland & Stewart (Toronto, ON). Also in 2003, McClelland & Stewart reissued her story collection Driving Men Mad (named one of the “Best Books of the Year, 1995” by Quill & Quire magazine). In addition to her books, Levine’s fiction, poems, personal essays, and critical reviews have appeared in numerous publications including Best Canadian Stories, The Journey Prize Anthology, The National Post, the Toronto Star, Books in Canada, Malahat Review, Gargoyle, and Prairie Schooner, and have been translated and published in Italy. She has been awarded a Canadian National Magazine Award, Honorable Mention for Fiction; a host of awards from the Canada Council for the Arts, the Ontario Arts Council, and the Toronto Council for the Arts; and residency fellowships at Yaddo (where she was an Eli Cantor Fellow) and the MacDowell Colony, to name but two. Her fiction has been aired nationally on the Canadian Broadcast Corporation (the CBC), and in 2003 she was highlighted by Margaret Atwood as one of Canada’s most important women writers. Originally from Toronto, Levine currently lives in Baltimore, MD, where she teaches at the University of Baltimore.

I began to see myself as a real writer. Getting reviewed, seeing the book in bookstores made me feel that I’d been heading in the right direction. I vowed from that point on to do whatever I could to keep on going and not look back.

I lived in Chicago for eleven years. Last summer I moved to Baltimore. During the time I was in Chicago, most though not all of the fiction I was writing took place in the Toronto area, where I’m originally from. Now I’m starting to set some of my writing in the States – Chicago, parts of Wisconsin, Minnesota, Florida – as well as Toronto. Not that I’m interested in specific locale per se. I think I’ve always written about various characters’ sense of place – especially the sense of mis-placement, exile – as part of my interest in the psychology of those who see themselves as marginalized, estranged, self-estranged.

While not often explicit, race and gender (and class) are intrinsic to my writing, which is character-driven, concerned with the mutable ways in which we think of ourselves.

A piece of fiction usually begins for me with lines, language – sometimes not very much, but loaded, charged with a compressed sense of character and situation, the possibility of what it all might mean. Definitely with a novel I ‘start large’, knowing that that’s what I’m in for. But even with a collection of short fiction, by the time I have maybe three stories I’m thinking ‘book’.

Readings sharpen my writing, especially if the work isn’t yet published as a book. In which case preparing for the reading means revising, revising. If I have to stand up there in front of people, the last thing I want to see is that I’m boring them.

I view identity as a construct, so I’m probably more poststructuralist than anything else, cautiously attracted to the meta side of fiction. Because I’m instinctively a character-driven writer, I tend to find identity theory of interest. But mostly I spend my writing time trying to pretty much figure out the nuts and bolts of things like pacing, structure, nailing the nature of the characters’ relationships.

Writing is difficult -- solitary, crazy-making, painstaking. A good editor gets right inside there with you, and enlarges that imaginative space.

Two books only so far (alas). I write at a snail’s pace, which is why getting both out felt so hard. Currently I’m close to finishing what I hope will be a third, a new novel. Also I’m four stories into what could be a new story collection, and I’ve begun collecting lines and ideas for yet another novel. Overall, that’s a fat-load of ideas. Problem is, takes me forever to really get at them, develop and shape them. I guess certain aspects of fiction writing seem easier, the elements of craft and technique. But each piece – a story, a novel -- feels so different, and uncovering what each is truly about and how best to express that truth seems to take forever. I’m not naturally a patient person so I tend to chafe under the yoke.

Please don’t remind me, I’m trying to forget. I’m pear-averse. The flesh is gritty. Bumpy. Like tiny teeth in the throat.

“Be sure to strut your stuff.” Editor-Provocateur John Metcalf said this to me once. And I was like, Thank you!

First thing in the morning -- the earlier the better – double espresso then write. Sometimes I can go all day, with breaks, if I’m revising and am pretty far along with the novel.

I have a home office. Bliss.

Other fiction writers’ work, or poetry.

This new novel is in third-person-close point of view, which I’ve never sustained for so long in previous work. It also makes a number of leaps in time and place, which I want to come across as pieces of a puzzle, or cogs in a neatly ticking wheel. I’ve always paid a lot of attention to structure, but this feels like a further step, handling a significantly greater number of parts than I have before. As well, this novel necessarily has to convey a fair amount of technical information to explain the world of the characters to the reader – a huge challenge to not let the exposition burden the narrative.

Music, certainly. Opera, especially Baroque opera, which can seem so postmodern these days. Something about the self-consciously performative, the focus on voice, staging, display. I listen to a lot of what’s called ‘new music’ – contemporary/experimental art music, for example Gyorgy Ligeti, Toru Takemitsu, Kaija Sariaaho – fascinated by the combination of rigor, discipline, innovation, expressive capacity. Also I like Trip Hop, Massive Attack in particular. And Alt country -- Lucinda Williams, Gillian Welch. PJ Harvey I simply place in the Genius category.

Visual art really excites me too, as a corollary to the written. Louise Bourgeois, Anselm Kiefer (his dresses! his lead books! not to mention all his other gorgeous works), Bill Viola are some faves. When I see something that really strikes me, I try to think, what would be the equivalent of this in fiction? A work by Joyce Wieland – Cooling Room II, in the permanent collection of the National Gallery in Ottawa – kind of got me going on my new novel.

The strongest influence on my writing – what goes most directly into the fiction as material – is the experience of being in various environments. Their textures, all the sensory stuff but also the ideas or ideals, the thought-contexts, that inform our thinking about such environments. What people say, how they present themselves, what they reveal and seem to want to conceal. I love driving, walking, flying (I used to spend a lot of time underwater, scuba diving, so swimming would count as well) – I love the sense of transport, movement. Probably because I spend so much time alone, in my little room, at my desk.

Travel more. Also I’d like to find the time to do more critical writing.

I’d be a poet. Or a literary critic. I worked as an editor for several years -- I was miserable doing it, but I could well have gotten stuck there. Otherwise I might have become an alcoholic/drug-addict lawyer.

No idea. I just know that many of my earliest, most acute memories are of being attracted to words, language, of having the desire to describe, to invent. Lots of things fascinate me, for a time, but then I’ll drop them completely. Writing’s the one activity to which I’ve always remained obsessively, passionately attached.

Cormac McCarthy’s The Road scared the wits out of me. What a combo of stark moral vision and mastery over words and form. I recognize, I think, a similar austerity and artistry in Austrian Michael Haneke’s disturbing film Cache.

Like I said, I’m almost finished a new novel. I have some new stories toward a new story collection. Squirreling away lines and ideas for yet another novel. Plus teaching English lit. at the University of Baltimore. I love the teaching thing. It’s so intense. A pure joy to wave around a dry-erase pen as if it’s a magic wand and say hey, let’s see how this story works.