12 or 20 questions: with Glen Sorestad 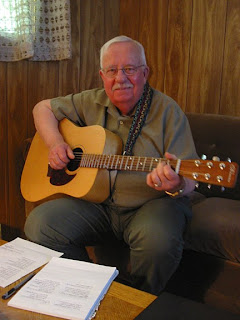 Glen Sorestad was born in Vancouver in 1937. His parents moved back to Saskatchewan in 1947 and he went to a rural school in east-central Saskatchewan near Buchanan and graduated from Sturgis Composite High School. After a year working in a bank, he spent a year as a study-supervisor in a one-roomed school near the Alberta border and the following year attended Saskatoon Teachers College. He began his teaching career in Yorkton in 1957. In 1960 he married Sonia Talpash and he taught school in Brooks, Alberta for a year. The following year he entered the University of Saskatchewan, graduating with his B.Ed(with honors) in 1963. He taught once again in Yorkton from 1963 until 1967 when he and his family moved to Saskatoon. There he taught at Alvin Buckwold School for two years before joining the English Department of Evan Hardy Collegiate in 1969. He served as English Program Co-ordinator for a number of years at Evan Hardy and established the Creative Writing program there. He was a key figure in organizing the ground-breaking Prairie Writers Conference at Evan Hardy Collegiate and during his teaching career was responsible for bringing many notable Canadian writers into Evan Hardy classrooms.

In 1981 Sorestad decided to quit teaching in order to devote more time to his writing career which had, over the years, seen him establish a national reputation as a poet, fiction writer, editor and publisher. He continues to live in Saskatoon and earn his living as a writer, editor, anthologist and public speaker. His career has taken him all over North America and to various countries of Europe. He is the author of over a dozen books of poetry, many short stories, and he is the co-editor of many well known anthologies. He has given well over three hundred public readings of his poetry in every province of Canada, in many parts of the United States, and in Europe (including at a reception held in his honour at the residence of the Canadian Ambassador in Oslo and broadcast on Norway’s public radio network). In 2001 he was one of a small number of poets invited to read at an international poetry reading in Lahti, Finland. In September of 2002 he was the only Canadian poet invited to the Vilenica Writers’ festival in Slovenia and read his poetry before the President of that country in Ljubljana Castle.

In 1975 Sorestad and his wife, Sonia, co-founded the literary publishing house, Thistledown Press, in Saskatoon. Over the years Thistledown became known as one of the finest literary publishers in Canada. Sorestad retired as President in January 2000 after 25 years and over 200 literary titles published, many of which were translated and published in different foreign countries.

In November of 2000 Sorestad was appointed the first Poet Laureate of Saskatchewan at the Sask. Book Awards gala evening in Regina.

In November of 2001 he received the Saskatoon Book Award for his poetry book, Leaving Holds Me Here.

In February 2003 Sorestad was awarded the Queen’s Golden Jubilee Commemorative Medal at Government House in Regina.