12 or 20 questions: with Daniel Scott Tysdal 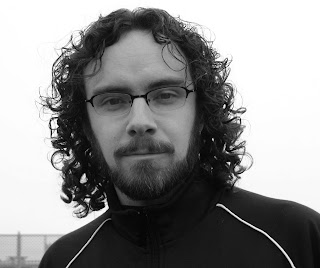 Daniel Scott Tysdal is the author of Predicting the Next Big Advertising Breakthrough Using a Potentially Dangerous Method, winner of the ReLit Award for Poetry, the Anne Szumigalski Poetry Award and the John V. Hicks Award. His poetry has appeared in a number of Canadian literary journals and has earned him both an honourable mention at the 2003 National Magazine Awards and a place in the finals of the CBC’s 2005 National Poetry Face-Off. Born in Moose Jaw, Saskatchewan, Daniel is presently finishing his MA in Creative Writing at the University of Toronto. Samples of his writing can be found at http://danielscotttysdal.blogspot.com/

The Andy Warhol answer: Better parties. The Ludwig Wittgenstein answer: You are doing it wrong.

I have only lived in Toronto for a little over a year. Since I was raised on a farm south of Moose Jaw in the 1980s, I would have to say that geography played a big part in shaping how I write and what I write about. On the one hand, there was the geography of the prairie—not only the roads and horizons and blinds and coulees, but the barns filled with a century’s worth of debris, the outdated machines, buried pets and abandoned homesteads. On the other hand, there was the geography of the screen, of the satellite dish—decades old reruns, American paranoia, forgotten monster movies and MTV. Both geographies nurtured different kinds of exploration and both were filled with husks and ghosts and ruins and creatures, but in completely different forms. In the afternoon you could dig chicken heads out of a snow bank and then in the evening watch the world premiere of Michael Jackson’s “Thriller.”

A poem hits with an event, an insight, or a glimpse that unbalances you. For me, the first tingling takes the form of a compound of image and emotion. The image might be an actual image, like a painting or a photo, a glimpse of the lived scenery, or something entirely imagined but in all cases the image provokes a very physical, emotional response, a feeling of intense hope or despair. That’s where the first line—which might end up being the last line or a scrapped line—comes from. As far as the larger project goes, I didn’t have any grand schemes the first time around. When I collected the poems together for Predicting, I saw that half the poems were dramatic/lyric monologues and the other half were elegies and so I organised them that way.

Readings are essential to the creative life—to sharing work and getting feedback—and reading aloud is an indispensable component of the creative process, but public readings call for a different kind of creative energy and a different kind of intellectual work so I would say they run counter to the process of writing poetry. Plus I get nervous as hell and I’m basically useless for a few days before and after.

The current concern is the oldest concern: images, images, images. What are they? What do they make of us and what do we make of them? How do they intercede in our relationship with what is horrifying and what is good? Poetry necessarily comes at this from the perspective of subjectivity, but must do so in a way that tests the elasticity of the “I,” explores its stops and starts, its choruses. Because one of the really big questions today goes something like: how is narcissism nurtured and valued with greater and greater vigour in a world whose expanding knowledge makes available, and demands, more and more global modes of identification and action (with the more colloquial, stand-up comic rendering being: “What the fuck, people?”)?

Judging from my experience with George Elliott Clarke, I would say working with an outside editor is essential and easy. He improved the manuscript by suggesting changes that made the poems more lively and direct.

7 - After having published a couple of titles over the past few years, whether chapbook or trade book, do you find the process of book-making harder or easier?

Easier in that I’m more aware of my habits and strengths but harder in that my weaknesses (I mean like the almost transcendental, “this is what I’m capable of” limits (the whole “no further than Q” thing in To the Lighthouse)) are so much more legible.

December. It was poached in spices.

When I’m really into a project, I’ll get up early and head straight to the coffee shop. I always do my best writing in the morning. I tend to write in big chunks of time. The idea will come and I won’t be able to leave the piece until I have a complete draft. Once I have that initial whole I can get back to a normal (re: other-person filled) existence as I revise.

I like both extremes, public and busy or quiet and secluded, though I usually need a mix of both. I tend to do most of my writing in coffee shops, but find revising in transit—on the streetcar, walking around town—to be productive.

Going for a walk usually does the trick. I tend to write in two hour chunks broken up by walks. If I’m really stuck, certain poems tend to get me going again. Ashbery’s “Syringa” is the best at this for some reason. People like Deleuze or Adorno or Žižek are helpful. They give your mind a different kind of system to survey, to react to and pursue.

One of the last poems I wrote for Predicting, “How We Know We Are Being Addressed by the Man Who Shot Himself Online,” opened up some formal possibilities and thematic concerns that I wanted to continue exploring. Most of the poems I’ve written for the new manuscript are elegies that look at different forms of mourning, the changing object of mourning and the changing form the elegy takes.

Film and visual art really inform what and how I compose (working with the whole page as a kind of canvas or screen, for example), but television and the internet—channel- and web-surfing as forms of perceptual movement and change—have probably been just as influential. This might be too Ong-y or McLuhan-ish, but when I read my old poems I see the influence of the remote control and the hyperlink in everything from the processes of deferral and displacement that constitute thematic development to the levels of mediation that resonate in the poems through the force of borrowed languages and forms. When I worked with Don McKay at Banff he described the “I” in my poems as working by a kind of “oblique phenomenology,” which I think maybe describes what I’m trying to get at.

Browning, Stevens, Pynchon, DeLillo. As far as people I know, Michael Trussler has been a big influence on my work, not only through his writing, but through his lectures, through the writers he has led me to read, and through our conversations. I had the opportunity to read his short fiction and poems before they were published in Encounters and Accidental Animals, respectively, and learned a lot about what it means to attend to the detail.

I would have been a hermit. Or a geneticist who engineered a waste-free human body truly capable of conceiving of a zero waste society.

I think it had a lot to do with developing the habits of a writer and coming to value the labour of writing, its experiences, its products and its potentials.

Truly “don’t let it stop” great? Sebald’s The Rings of Saturn and Chris Marker’s Sans Soleil. “That was great” great? No Country for Old Men. Both the book and the film make violence violent and evil evil, which sounds funny, but is rare, especially at the movies. And both works do so as a way of showing how hope is cherished and preserved and necessary as one era of hopelessness transitions into one that seems even more hopeless. Plus, in light of something like Juno, it was nice to watch a movie that was more than a well-acted music video.

I am currently finishing up my second book of poetry.