12 or 20 questions: with Souvankham Thammavongsa 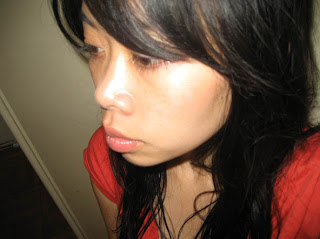 Souvankham Thammavongsa was born in Nong Khai, Thailand in 1978. She is the author of two poetry books. Her first book, Small Arguments won the ReLit prize for poetry and was praised for its “beautiful jeweller’s-eye lyrics”. Her second book, Found, is based on a scrapbook that belonged to her father. Her father kept a scrapbook while living in a refugee camp in Laos in 1978. She has presented her poems at The Scream in High Park, Emily Carr, York University’s Canadian Writers in Person Lecture series, and Harbourfront’s Premiere Dance Theatre. She lives in Toronto, Canada.

I made some friends.

I’ve lived here for 28 years. Everything shapes and has an impact on my writing. Geography is like a pile of dirt and I have to dig through it and dust it off to get what I want from there.

I get asked this question about race and gender a lot. And my first desired response is always “fuck you” but it’s only fair to me and the people who ask that I answer this question honestly and seriously and in the best way that I know how.

I want to believe that race and gender shouldn’t matter but I know that it does. I know that there are expectations for me to write a poor immigrant story or about my pussy or about making jam sandwiches by the window while staring out at the snow. These things have already been written by many many amazing writers and what follows is a desire to link similarities and place things in the same boxes so that it’s easier to market.

I am grateful for a frame, a box, a place but some of these things are old and I don’t necessarily share in that or want it even though I belong to it and come from it.

It’s hard to market me because I’m not really a poor immigrant story, I don’t talk about my pussy, and I don’t write about making jam sandwiches but at the same time I do belong and feed off of the attention that these stories set. And that people need these things to understand where I’m coming from.

I know to sell or gain attention, I have to play up these cards otherwise I’m just a little girl who can’t compete with male writers. I’m grateful that I’m with Pedlar Press and I get the choice to decide how I want to be marketed or approached. I don’t ignore that I’m a person of colour, a woman, poor—that’s there no matter what—but I do wish that these things don’t come before the work or overshadow the writing itself. And it’s my job always to direct people to the writing even though they angle and approach me from a place they don’t come at with other writers. Interviewers always ask “What was it like in the refugee camp…tell us the conditions” but it’s a refugee camp, how do you think the conditions are going to be? Always they see the colour of my skin, what I have between my legs before they start asking about the mechanics of my writing—and some don’t even take it that far.

A poem usually begins for me when I’m looking at something.

I work both ways—in short pieces that become a larger project which is the book. The short pieces pick into and pull out of each other and the book keeps them together. Also, always, I’m keeping in mind my last book—the one I’m writing to get to.

Public readings are a really important part of writing. People are honest there in a way that an editor, a close friend, or you can’t see.

I think editors are always outside. And they should be. I don’t like to show my work while I’m writing it and working through it. I only want an editor to see it when it’s done.

Editing is a hard job but finding the right editor is even harder. Both my books were edited by Beth Follett. I understood I gave her a hard job to do. She had so little material to work with in such a small and tightly constructed frame. My poems are tightropes. An editor has to balance the words and the blank space around it. Changing a word or a position of that word can make the poem collapse. She was on that tightrope with me. It works because she knows what I’m trying to balance and how I balance it. I look good because she knows what she’s doing.

7 - After having published a couple of titles, do you find the process of book-making harder or easier?

I’ve always made my books. Or I’ve always been closely involved in the making of my books. I started off printing and binding my own covers. The transition from making my own books to working with a publisher has remained close and intimate. So this has not been hard for me.

If you mean the whole idea of putting together a book—if that’s harder or easier—well, I would have to say it is both. The first book was exciting because it was the first. The second book was exciting too but I was worried. I was afraid my second book would be in the shadow of the first and that it couldn’t come out and strike a place of its own. The first book was easy to put together because it was its own. The second had to be its own too but wrestle its own out of the first. And that part was hard.

It was in the Stephen Spielberg movie, The Goonies. The part where the kids were all stuck at the bottom of a wishing well. And the Corey Feldman character wanted to take all the coins thrown into the bottom of the well. Then one of them in the group said he shouldn’t do that since it was someone’s wishes and dreams. Then he picked up a coin and said, “Well, you see this??? This was my dream. My wish. And it didn’t come true. And I’m taking it back. I’m taking it ALL back.” That was the best advice ever.

I don’t really have a writing routine. I just know when NOT to write and I work around that. I never write when I’m upset or feeling really moved and emotional about something. I think feelings can get in the way of writing.

I haven’t experienced a stall that I was seriously worried about. I don’t worry when I don’t write because writing is not all I have. It’s an important part of my life but should I want to walk away from it, I can. And sometimes just giving myself that permission to let it go, makes me want to keep at it even more. I’m patient with myself. I know that there are reasons I’m not writing. Sometimes it’s because I’m simply not ready or capable and there’s nothing wrong with going through that and giving yourself time to hone the skills to do it. And sometimes I just don’t want to.

Of course. Otherwise it would be a very boring read.

I like Richard Pryor. He’s so honest. I’m in awe of how he manages to be so funny and sad at the same time. Just watching him wrestle out some laughter and humour from such fierce and destructive anger and sadness is incredible.

Have a baby. That I have not yet done.

I’m doing it now. I work for a financial newspaper reading stock reports, harvesting that information. I love it very much. It’s because what happens at work never contages my writing such that writing always seems pure and new to me.

I want to be a writer and I set out to be one but not without knowing the realities of publishing poetry. I have hopes and dreams but they come from a solid place that doesn’t fool around with what I want.

Reading made me write. I’m a reader first. The writing, if it happens, is a consequence of that.

And a French film titled “My Best Friend”.

A lecture for Trampoline Hall.