12 or 20 questions: with Chris Robinson 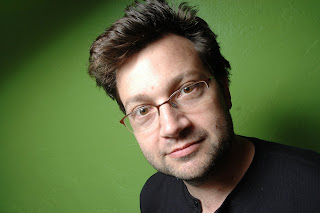 Chris Robinson is an Ottawa-based author and the Artistic Director of the Ottawa International Animation Festival (OIAF). A noted animation commentator, curator, and historian, Robinson has become a leading expert on Canadian and international independent animation. In May 2004, Robinson was the recipient of the President's Award given by the New York chapter of animators for contributions to the promotion of independent animation. He is also a frequent contributor to The Ottawa Citizen and The Ottawa Xpress. His writings on animation, hockey, and all facets of culture have appeared in many international publications including Salon.com, Animation World Magazine, Stop Smiling, Take One, and Cinemascope. His books include: Between Genius and Utter Illiteracy: A Story of Estonian Animation(2003/republished in 2006), Ottawa Senators: Great Stories from the NHL's First Dynasty (2004), Unsung Heroes of Animation (2005), Stole This From a Hockey Card: A Philosophy of Hockey, Doug Harvey, Identity & Booze (2005), Great Left Wingers of Hockey's Golden Era (2006) and The Animation Pimp (2007).

Robinson lives in Ottawa with his wife Kelly and their sons Jarvis and Harrison.